Today we take a detour from our usual topics of healthcare, medical education, AI & technology to talk about SPACs. SPACs or Special Purpose Acquisition Companies (also known as “blank-check companies”) have seen sharp growth in popularity over the last several years and 2020 has been a particularly strong year for them. They are becoming a mainstream alternative to the standard Initial Public Offerings (IPO) in the tech sector, including medtech, and as such, I have written this brief piece to give you a high level overview of the “need to know” basics around SPACs.

SPACs start their life as a company with no operations, essentially a shell. They raise funds from investors during a standard IPO process with the general goal of acquiring a private company soon (usually within 24 months). The objective could be as broad as “acquiring a private company in the technology sector”. This means that at the time of their listing on the stock exchange, SPACs do not undertake any business activity and are instead actively looking for potential acquisition targets. The share price of a SPAC does not move much during this period and no one (even investors) is supposed to know the specific potential acquisition targets unless these have been announced publicly. When a potential target is identified and (subject to successful negotiations) acquired, that company becomes listed on the stock exchange as part of the newly combined entity (SPAC + Acquired Company). The below diagram illustrates the high-level process.

It is important to note that despite some similarities, SPAC IPOs are different from reverse merger IPOs (also known as Reverse Takeover). Although the goal of an alternative listing method is the same in both, unlike the listed entities involved in reverse mergers, SPACs are a clean slate. They are formed and funded specifically with this purpose in mind. In contrast, a reverse merger typically involves a private company acquiring an existing publicly listed entity which comes with baggage (think lawsuits and liabilities). Reverse mergers also acquired a negative reputation at the beginning of the last decade due to a few bad actors (the Netflix documentary “The China Hustle” covers this topic in detail).

A bit of SPAC history and why they exist

SPACs are not new; they have been around (in slightly different shapes and forms) since the 90s. Initially, they were designed to help small(er) companies which were not quite ready (either from administrative, financial, governance or operational point of view) to undergo the standard IPO process successfully. SPACs gave such companies and their investors a potentially lucrative access to funding which they would not have had otherwise. A lot of these businesses however ended up producing sub-par performance (often due to their inexperience of navigating public markets) and this hurt the reputation of SPACs in the eyes of investors who withdrew from these once promising investment vehicles causing them to almost disappear entirely as an alternative to regular IPOs.

Increased regulation drove the creation of new types of SPACs, which were now usually formed by highly experienced “captains of industry” with successful track records in a specific sector or geography making them much more stable and attractive investment vehicles. The goal and advantages of SPACs today remains similar to what it was at their inception in the early 90s, namely:

The state of play today

The popularity of SPACs has truly exploded in the last decade. According to SPACInsider, in 2009 there was only 1 IPO completed through a SPAC with modest proceeds of $36m. So far in 2020 we have seen 127 IPOs completed through SPACs with total proceeds of c$48.5 billion. This exponential growth has now turned SPACs into a mainstream IPO alternative for private companies, particularly in the technology sector. The likes of DraftKings, Virgin Galactic and the Nicola Corporation all circumvented the standard IPO process in favour of listing through a SPAC.

The so called blank-check company craze is well underway with everybody joining in. Some of the most famous operators in this space are the CEO and founder of Social Capital, Chamath Palihapitiya, and the CEO and founder of Pershing Square Capital Management, Bill Ackman (if you haven’t seen Betting On Zero it is well worth watching). Recently a lot of former Silicon Valley executives are entering this space with SPACs of their own, the most recent example being the Uber veteran Emil Michael who has registered plans for a $250m blank check company with former Alphabet executive chairman Eric Schmidt on board as a special advisor.

As any other investment in a private company, SPACs bring a lot of risk and they are certainly not for everyone as outlined here by Jason Robins, CEO of DraftKings. They also need the right type of management and advisory teams in place as being a successful entrepreneur or executive does not necessarily mean you can lead a successful SPAC. Of course, as every investment firm boilerplate will tell you, past performance does not guarantee future returns.

I hope you found this guide useful. If you want to dive deeper into the topic, read this excellent in-depth piece by Connie Loizos at TechCrunch and visit SPACInsider for the latest news in the field and some cool statistics. Thank you for reading! 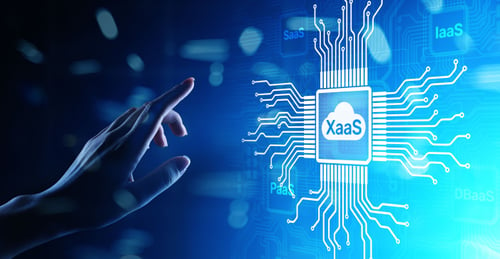 Embarking on the journey of building the unique medical training & education Software-as-a-Service (SaaS) tool that is AIBODY, I did not kno...
Continue Reading 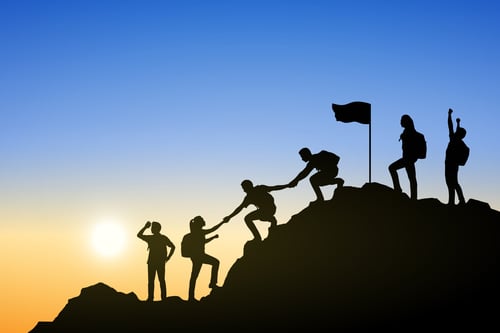 Amidst the war in Ukraine, workforce resilience proves key to AIBODY’s innovation and success
Continue Reading